Getting started with Windows Containers

How to get started with Windows Containers, Images and Docker

I wrote a blog post about running a Neo4j cluster in Windows Containers but I didn’t go into too much detail about setting them up. In this post, I’ll walk through setting up Windows Containers and some helpful tips to avoid some problems.

This post is mainly aggregated documentation from Docker, Microsoft, Stefan Scherer and other sources from when I was installing Windows Containers myself. Also, this is about Windows Containers, not Docker for Windows, which is a different product.

Before we start - Documentation

Like most things, it’s always a good idea to read up on them before diving in…

The documentation both on the Docker website and the Microsoft website is surprisingly good! It has some good examples and walk throughs as well some in depth documentation.

What are Containers, Images and Docker?

All the file and registry changes required to run an application are packaged into Container Images. For those that have used Application Virtualisation before (VMware ThinApp, Microsoft AppV etc.), this should sound familiar. An image can include other images so you can layer, or compose, them together, for example, if you have a website that ran on IIS, the website Image would include the IIS image. Indeed, all images must include at least a Container OS Image. For Windows Containers this is either the Windows Server Core or Nano Server OS Image.

The Container OS image is the first layer in potentially many image layers that make up a container. This image provides the operating system environment. A Container OS Image is Immutable, it cannot be modified.

Containers are created when you execute a Container Image, however each Container will have its own copy of the Image which means you can deploy many containers from the same Image safely.

Windows Containers has two isolation models, unlike Linux which has only one.

While the Docker API is the same between Windows and Linux, there are some very different things between them such as volume mounting and networking which I will cover later.

What installation options are there?

For development environments, there are a few options:

I personally wouldn’t recommend Nano Server for development environment due to how tricky they can be to setup, however it’s possible to do.

Install in a VM

This is basically the same as Installing Locally, but within a Virtual Machine.

Install in a VM using Vagrant

Stefan Scherer has created a Vagrant configuration which:

After provisioning the box has the following tools installed:

Which means you can run Windows Containers in both isolation modes and Linux containers (docker-machine)! Stefan also has some Docker-Swarm examples too which I intend to look into further.

So now we have a Windows Container Host installed, and a Docker Engine running to manage the Host, now we need the docker client. Note if you installed Docker on Windows 2016 there should already be a client installed, but you may want to install an updated version.

Fortunately Chocolatey has a docker client package available at https://chocolatey.org/packages/docker which is maintained by Stefan Scherer and Ahmet Alp Balkan

If you would like the most release Docker Client, you can manually download it from the Github Docker Releases page. These zip files need to be extracted (like in the Windows 10 installation instructions) before use

You don’t have to install the Docker client on the same host as the Docker server, the Docker API also runs over a network (TCP) connection.

Setting up the Docker Server for remote connections

By default, the Docker Server will only listen on a Named Pipe connection, which cannot be accessed remotely. However, it is fairly easy to add additional listeners:

This configuration will listen on all IP addresses on port 2375 (Default Docker port). However, if you would like to restrict the manager to, say, a dedicated Management Network Interface (common in production environments), change the IP address appropriately.

More information on configuring the Docker Server on Windows is available on the Microsoft Windows Containers documentation website.

Setting up the Docker Client for remote connections

You can specify a remote Docker Server when using the Docker Client in two ways:

To use a local Docker Server over named pipes, use a host of npipe:////./pipe/docker_engine.

You can start the download of the two Container OS Images by running the appropriate docker pull command;

When you start a container, you can specify to mount directories on the host inside of the container. Any modifications to the files will be persisted on the host.

Let’s say I have log directory on my host called C:\ContainerLogs and my container writes to log files in the C:\Logs directory. When I start the container, I use a command line similar to below;

Note that there is a directory called logs inside the container and that is a symlink, not a real directory like Users or Windows.

See the Docker documentation on volumes for more information

Containers and Images on the Host

Networking within Windows Containers can be a tricky to understand at first. If you come from a Virtual Machine background, it feels like normal Virtual Switches as used in HyperV (or VMware ESX). If you come from a Linux Container background, it feels like the usual NAT switches used there. But in both cases there are some subtle and infuriating differences.

These are more complex networking options which I don’t feel most development environments will take advantage of.

This is the most common networking option for Windows Containers. The Container Host will use the native WinNAT features of the operating system to assign an IP address to Containers and then use port mapping to redirect network traffic appropriately. However there are some limitations with the NAT network;

Issue - Only one NAT prefix

WinNAT will only allow one IP prefix (x.x.x.x/y) to be available for translation. This doesn’t mean you can’t have multiple NAT based Docker Networks, just that the setup for the WinNAT is more complicated, for example (taken from the documentation);

For each NAT network you want to configure

People who have used Linux Containers before will find this issue very quickly. If you are on the Container Host, you cannot access NAT ports using localhost. Elton Stoneman has a good writeup in this blog post.

To find the IP Address of container run:

Where <Container ID> is a tag or ID of running container.

This networking option should be quite familiar. The container has its own networking stack and appears as a network host in its own right, no hiding behind NAT devices!. You can create a transparent network using the docker client:

The -o com.docker.network.windowsshim.interface="Ethernet 2" binds the transparent network to the network interface called Ethernet 2 on the Container Host

Assigning IP Addresses to containers can be done via DHCP, however I saw that the Container IP address is not shown when inspecting the container (docker inspec ....). This means, while it’s easy to assign IPs the Host cannot coordinate resources when using tools such as Docker Compose.

You can assign Static IPs at container creation time using the --ip option, for example

This isn’t the most scalable solution but it’s just enough for development environments.

While the docker client is very powerful, there is always a need for a more graphical view of managing containers. Portainer is a cross platform web based UI for managing a Docker Host, which is very simple to run and use. Which is great, but they also have a Windows Container deployment option and are actively working to make their product work better with Windows Containers. If you don’t want to run Portainer in a container, you can simply download the application and run it locally.

It’s also open source so you can lodge issues, or even fix bugs yourself! 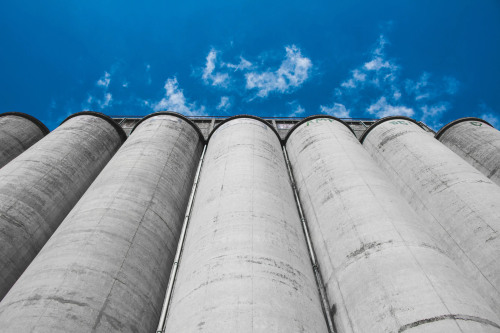 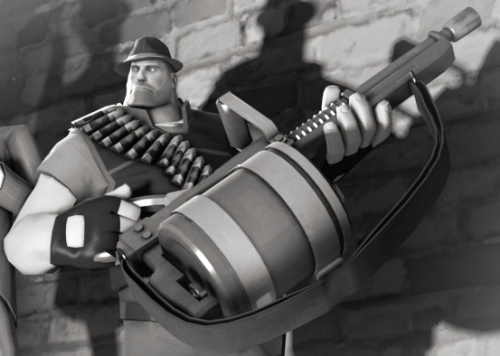